After World War II, the atomic bomb—the awesome and awful weapon that had ended the war— had a lot of people's attention and interest. How did it work? Enrico Fermi had said in an interview that the secret of the bomb could be stated in two words, "exponential function." The atomic bomb provided only one example of exponential functions in operation. They seemed ubiquitous throughout nature, including the world of human affairs.

Indeed, as readers of the previous blogposts here on time-binding know, Korzybski had proposed in 1921 that time-binding too, involved an exponential function. By 1947 mousetrap models of the chain reaction in an 'atomic bomb' began to get written about in journals and even the popular media. Korzybski read about the "Atomic Mousetraps" in Science News and decided that he had to have one in his seminars to demonstrate this important notion of chain reactions. For him it wasn't sufficient to explain 'concepts' like this, they had to be seen, heard and felt to 'get under the skin' of his students.

The demonstration he used in his 1948-1949 Winter Intensive seminar involved an array of mousetraps set up in a large box with a glass front for viewing and a closed top (for protection) with a hole in it. The traps were set and arranged on the floor of the box in columns of about 5 traps arranged in cross-rows of 10 or so in close proximity. Two hard candies, representing 'neutrons' had been balanced on the spring of each trap. Then Ralph Hamilton, Korzybski's assistant at the time, dropped another single 'neutron' candy (raspberry flavored, by the way) through the hole in the top of the box to trigger one trap below, which sent its two 'neutrons' flying through the air. Each one set off another two neutrons, and so on. Within a few seconds the whole 'bomb' of about 50 mousetrap 'atoms' had exploded with dramatic results.

The YouTube video below shows a demonstration which, although it uses single pingpong balls, will give you a pretty good feel for what Korzybski's seminar students might have seen.

Here in one convenient place, I have put the previous postings I've done on Alfred Korzybski's formulation of time-binding. "Time-Binding" the subject of Korzybski's first book, Manhood of Humanity (1921), provided the foundation of what he subsequently formulated, as he sought to understand the mechanism of time-binding—how it works and how can we get it to work better. He felt profoundly convinced that, as he used to say 'Man is not an animal!'

Following each linked post below, in order, will give the reader a short but comprehensive overview of time-binding: how Korzybski developed it, his motivation for doing so, his unique approach to the phenomenon of human behavior,
implications of the notion of time-binding, previous viewpoints touching on the subject, etc.

What you read below is based on a careful, long-term study of Korzybski's writings, including rarely seen material from the Korzybski archives.

Remember, you're reading about yourself. What's in it for you?

...and the vermin were humans...and the streetcar

Time-Binding and the Language and Logic of Nature

Man As An Exponential Power

Consequences of Time-Binding (Part I)

Forerunners to the Time-Binding Notion (Part I)

Forerunners to the Time-Binding Notion (Part VI)
Posted by Bruce Kodish at 10:28 AM No comments: 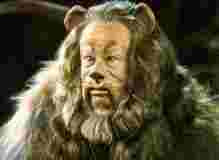 The Age of Simulation: Phony Transcendence in an Age of Media,
Computers and Fabricated Environments
Posted by Bruce Kodish at 6:04 PM No comments:

Email ThisBlogThis!Share to TwitterShare to FacebookShare to Pinterest
Labels: Maps and Territories

Interest in the idea of “progress” had become widespread by the mid-19th Century due in part to the work of Auguste Comte, founder of the discipline of sociology and of “positive philosophy.” Korzybski’s distinction between the childhood and the manhood of humanity echoed Comte’s discussion of the three phases in the development of human knowledge: the Theological, the Metaphysical, and the Scientific or “Positive” stages. The flavor of optimism and sense of the inevitability of human progress expressed by Comte seem clearly present in Manhood of Humanity as well.

By the late 19th Century, in his work Progress and Poverty (a volume in Korzybski’s personal library), American political economist Henry George, demonstrated a sense of both the transmission of culture and of progress, consistent with the notion of time-binding.

The narrow span of human life allows the individual to go but a short distance, but though each generation may do but little, yet generations, succeeding to the gain of their predecessors, may gradually elevate the status of mankind, as coral polyps, building one generation upon the work of the other, gradually elevate themselves from the bottom of the sea. (1)

Then in the first decade of the 20th Century, writer Henry Adams—noting the breathtaking changes brought on by expanding scientific knowledge and technological advances—had suggested a historical law of acceleration to account for them. Adams did not supply an actual equation, although he did suggest its exponential nature. Clearly, the main factors that entered into Korzybski’s formulation of time-binding had been recognized by many others before him.

Granted, he stood on their shoulders. Still Korzybski’s formulation of time-binding did something new. It brought together under one unifying, functional formulation the various related factors that others had previously noted. Making time-binding, the distinguishing feature of the human class of life gave the phenomenon a greater significance. His formula PRT and his emphasis on the implications and applications of conscious time-binding for human welfare gave added value to the formulation. It seemed to him that his new definition, with these accompanying aspects, constituted a proper starting point for an applied science of humanity—a new art and science of human engineering.
Posted by Bruce Kodish at 10:44 AM 2 comments: