From the Stray Thought Bin-'Cliches'

I've gotten bored with the same old tired cliches.
I want some fresh new cliches.
Posted by Bruce Kodish at 8:57 AM No comments:

Buckminster Fuller had at least one meeting with Alfred Korzybski, probably sometime in the late 1920s or early 1930s in Chicago. Each man certainly knew of the others' work, although there is no evidence that either man had much influence on the other.

I see Fuller and Korzybski as important 'fellow travelers' on the ever-ascending spiral path of human knowledge and development. Although both had an engineering mentality (not separating knowledge and practice) they had somewhat different concerns. Whereas Fuller (like L. L. Whyte) sought comprehensive knowledge of the structure of the universe in order to develop universal design principles; Korzybski designed universal methods of evaluation based on a comprehensive search to understand the structure of human knowledge. Fuller focused on what is and can be known about the world, though not entirely neglecting the knower. Korzybski focused on what could be known about the knower, not neglecting what is and can be known about the world. If, as Fuller and Korzybski both knew, there exists no known without a knower, Fuller's work and Korzybski's concerns meet somewhere 'in the middle', along the hyphened continuum between the two.

After Korzbyski died in 1950, Fuller joined the teaching staff of the Institute of General Semantics, lecturing for several years at the IGS summer seminar-workshops. In the "Introduction" of his book Synergetics, he had some words to say about Korzybski.


The human brain is a physical mechanism for storing, retrieving, and re-storing again, each special-case experience. The experience is often a packaged concept. Such packages consist of complexedly interrelated and not as-yet differentially analyzed phenomena which, as initially unit cognitions, are potentially reexperienceable. A rose, for instance, grows, has thorns, blossoms, and fragrance, but often is stored in the brain only under the single word-rose.

As Korzybski, the founder of general semantics, pointed out, the consequence of its single-tagging is that the rose becomes reflexively considered by man only as a red, white, or pink device for paying tribute to a beautiful girl, a thoughtful hostess, or last night's deceased acquaintance. The tagging of the complex biological process under the single title rose tends to detour human curiosity from further differentiation of its integral organic operations as well as from consideration of its interecological functionings aboard our planet. We don't know what a rose is, nor what may be its essential and unique cosmic function. Thus for long have we inadvertently deferred potential discovery of the essential roles in Universe that are performed complementarily by many, if not most, of the phenomena we experience. But, goaded by youth, we older ones are now taking second looks at almost everything. And that promises many ultimately favorable surprises. The oldsters do have vast experience banks not available to the youth. Their memory banks, integrated and reviewed, may readily disclose generalized principles of eminent importance.

I may not have quite reached the time to break out the champagne but after 5 and 1/2 years of researching and writing, I completed the manuscript of my biography of Korzybski tonight.

Jacques Barzun has said that "When the first draft is done, the back of the book will be broken."

This qualifies as at least a second, not the first draft since every chapter has gone through revision and rewriting already. However, now I can look at the book as a whole, and editing each part in relation to that whole will now lead to a new phase of revision, etc. Whatever obstacles lie ahead, I really do feel that I've reached a milestone. 'The back of the book' is indeed broken.

Quote of the Day - 'Sanity'

(Who then is sane? The one who is not a fool.)
—Horace

from The Routledge Dictionary of Latin Quotations: The Illiteratis Guide to Latin Maxims, Mottoes, Proverbs, and Sayings

Posted by Bruce Kodish at 9:01 AM No comments:

A nice post from my dear friend, Max Sandor:
Learning Non-Violent Communication
Posted by Bruce Kodish at 9:40 AM No comments:

I consider Logicomix a very important book for anyone who wants to begin to understand some of the important people and issues in the foundations of mathematics that profoundly influenced Alfred Korzybski in his work.

And it turns out that in its treatment of the relationship between 'logic', 'mathematics', and 'sanity', Logicomix comes close to some of Korzybski's most central concerns about mathematics, science, and sanity. Indeed Korzybski's work seems like 'the elephant in the room' in the story—not mentioned by name, perhaps not even recognized, but all-pervasive. For no one treated the relation of mathematics and science to human 'sanity' with greater depth and seriousness than Korzybski.

Korzybski on the 'Almighty' and the Cosmos 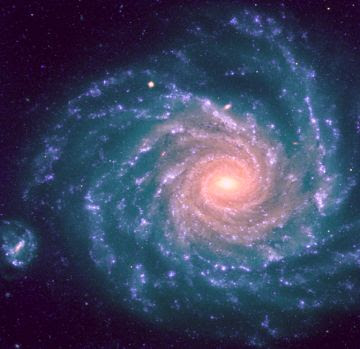 In the spring of 1949, Alfred Korzybski and his confidential secretary, student and colleague, Charlotte Schuchardt [later, Read] were in New York City, working to prepare the Second Edition of his first book Manhood of Humanity for publication, including preparing a new introduction, a piece of writing that Korzybski considered of extreme importance for conveying a proper understanding of his entire body of work. The notion of time-binding, brought forth in Manhood, had become more significant to him in the last few years, and he sought more than ever now to show how his subsequent work came out of that foundational formulation.

In April before tackling the introduction (he had already written several drafts over the last year), he and Charlotte were preparing new appendices, making corrections, choosing paper, etc. for the printer. And Alfred was putting the finishing touches on a piece he had written the year before, his 'Credo', "What I Believe," which he had written for an Indian anthology, and which he planned to use as Appendix VI in the new edition.

How did Korzybski work? Through reading and research—including self-observation, he had developed an understanding of the role of unconscious processes in creation and discovery, which he consciously applied to his own creative work. His process of writing usually involved a lot of preliminary out-loud formulating, spitting things out in writing, and multiple rounds of editing, re-writing and that ‘g-d de-lousing’ (close proof-reading to correct spelling, grammar, typos, etc.). During any part of this process—even after mostly completing a piece of work—he might return to talking out various issues in order to refine what he wanted to say. And he preferred to have someone to talk things out to. During the writing of Manhood of Humanity and Science and Sanity, his wife Mira had fulfilled that role, which had long since descended onto Charlotte—Korzybski’s amanuensis. His formulating might lead into areas that would never reached print; although some interesting digressions could also lead to new and important insights to bring out. As she took dictation, part of Charlotte’s job involved helping Alfred to corral his ‘thoughts’ with queries, questions, and doubts.

Whether they reached print or not, her notes from these sessions—which Charlotte would sometimes type up from the penciled, partly-shorthand dictations she had taken—reveal some interesting formulational byways. On April 17, while they were finishing up work on the ‘Credo’, Alfred talked about matters of religion and cosmology. Charlotte took notes. His 'thoughts' although in need of further development, remain suggestive. :

The essence of our knowledge depends on self-reflexiveness. Cannot avoid it. The secret of humanity is connected with the nebula, cosmic dust, the character of which is not known.

We learn from astronomers that there are inter-stellar dark bodies. Assumption is they are ‘cosmic dust’. Personally I believe that as we are made of atoms, bombarded all the time by cosmic rays, and what not, the supreme mystery, beyond our understanding, is the structure of the atom. The whole trick about humanity and life is self-reflexive, is a higher order structure.

The secret of life and the universe and humanity is the secret of the atom. Humans are the end product of that extremely complex organization.

Why should there be spiral nebulae?

We record the end process of living because we feel it.

We have to forget anthropomorphisms. So far religions built in the image of man. We are a tiny bit of sensitive combination of atoms.

We are accustomed to the nearest milky way, which has a definite shape for millenniums. A spiral nebula is an incredible freak (of course it cannot be a freak). Far as we know, there are a great many universes, and the other universes have approximately the structure of our solar system.

A ‘supreme power’ is there – no two two’s about it. But we don’t know the character.

We can only discover the structure, never the it.

The statement: ‘Has the universe a purpose?’ is anthropomorphic. The only thing we can say is it ‘was, is, and will be’. We are still too anthropomorphic. To answer that this universe is finite or infinite – neither makes sense. I would say, ‘stop talking non-sense’.

The calendar business [they had recently had a visit from Elizabeth Acheilis, a wealthy lady whom Mira had years before become friendly with and done a portrait of, who had dedicated her life and fortune to world calendar reform]: nothing is regular, there are cycles in this world where length of days, months or years – theoretically the calendar is never permanent.

There is no explanation of how this world could happen. Whatever you say, it makes not sense.

It may be, life is as old as the solar system and the universe. This looks definitely reasonable. Viruses – life, not life – coming in cosmic rays. I cannot imagine this universe devoid of life. Life happened to be a rather rare phenomena. But the viruses – to me this world was, is and will be, life is bound to have happened an infinite number of times. Where life dropped – in favorable or unfavorable conditions. Random. This applies the theory of evolution to the universe.

Eternal transformation solidified stars. Collisions. We know from astronomy. Life must have existed. We cannot imagine the beginning or the end. (1)