Alfred Korzybski died in the early morning of March 1, 1950, several months short of his 71st birthday.

By that time, his work had reached a high point of recognition and influence: Despite its seemingly esoteric subject matter and formidable appearance, an astonishing number of copies of Science and Sanity (approximately 20,000 books) had been sold. Many books and articles about his work or making use of it, had already been written by hundreds of his students and others. And his career had been followed for several decades in national and international media (mainly newspapers and magazines). (This Google ngram charting "Alfred Korzybski" and "General Semantics" provides some interesting, confirming graphic data of this.)

To commemorate him on the 60th Anniversary of his death, I'm posting this obituary, which appeared in the March 13, 1950 edition of Quick (Vol. 2, No. 11), a small, pocket-sized, popular news weekly published and distributed nationally (U.S.) by Cowles, the publisher of Look and other magazines. It gives an interesting and surprisingly accurate view of Korzybski and his work. (The actual, glossy-cover magazine is probably not much larger than the images you see here on your browser.) 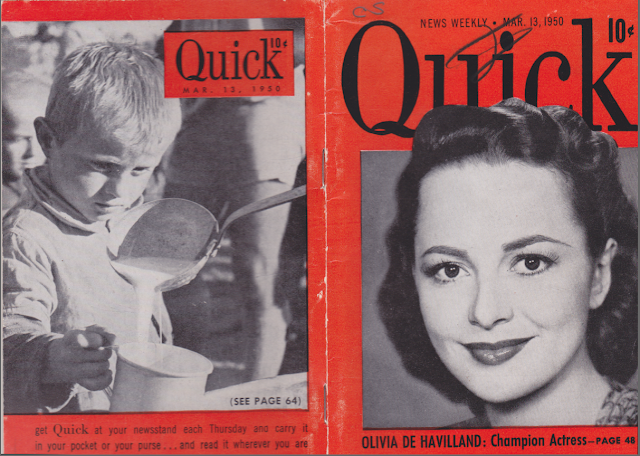 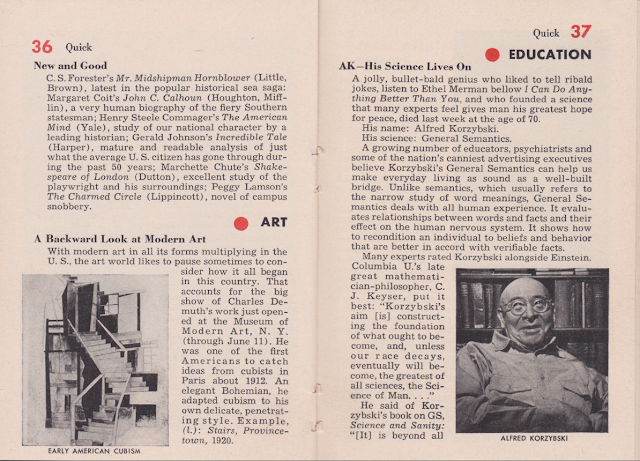 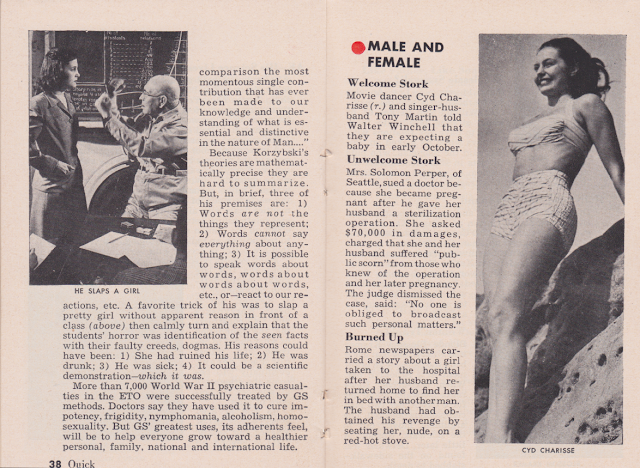