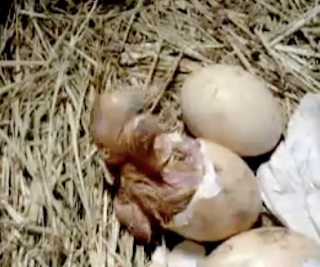 In August 1947, the Institute of General Semantics had just become a membership organization and Alfred Korzybski sent a letter to new members. It nicely summed up what he wanted to accomplish with his work. His simple words can still serve as useful guidance for those of us who wish to continue upon the path he pioneered:

In 1941 I wrote in my introduction to the Second Edition of SCIENCE AND SANITY: ‘Present day scientific researches and historical world developments show there is not doubt that the old aristotelian epoch of human evolution is dying. The terrors and horrors we are witnessing in the East and the West are the death-bed agonies of that passing epoch. …A non-aristotelian re-orientation is inevitable; the only problem today is when, and at what cost.’

‘Young birds,’ wrote Tolstoy, ‘..know very well when there is no longer room for them in the eggs’, nor ‘…can the fledgling be made to re-enter its shell.’ It often happens that the beak of the little bird is too soft or the shell is too hard, and the result is a rotten egg, utilized sometimes in political debates.

Our human shell of habits and prejudices is very hard and our old aristotelian beaks are not strong enough for us to emerge to mature and fuller life. In my work I tried to forge a method to break through the confining shell, but one man’s effort is not enough. My co-workers and I need your help, now.

We live in a period of socio-cultural spasms, and we as individuals must unite in a concerted effort toward more maturity, to bring about the eventual ‘manhood of humanity’.

Wow! Thanks for this, Bruce. I love the chick reference Korzybski included. Quite motivating!